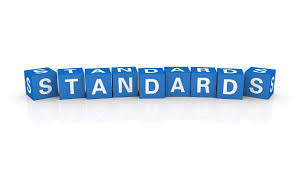 For the last 3 years, the International and US HR community has been very busy working on developing HR standards. There are 37 countries involved in developing the international standards via the International Standards Organization (ISO) and numerous HR organizations around the world working on their respective domestic HR standards. The momentum has continued to grow and now it is time for the Recruiting function to get involved.
Quick view into the Standards World
A standard is essentially a formalized consensus on how something is done. This can result in a standard being about a measurement, a process or how something should be structured. What is interesting is that there are various organizations that manages the standards development process. For the international stage, one of the major organizations is the International Standards Organization (ISO) which has developed over 19,500 standards. For the United States, the standards organization is the American National Standards Institute (ANSI) which has produced over 10,000 standards.
While most everyone can name ISO 9000 – the quality standard, it is amazing to realize that every day – your would is actually structured by standards work that has been completed. For instance, there is a whole body of standards that deal with footwear and how they are tested for wear, shoelaces sizes, etc.
Human Resource Standards
About five years ago, an amazing HR professional by the name of Lee Webster realized that even though HR has existed as a formal corporate function for over a 100 years – there were no HR standards. This lack of standards means that we keep on rehashing the same old issues, over, and over, and over – why? Because there is no standard. Think about how many HR meetings you have been in where it feels like the wheel keeps on being reinvented – like how do define Turnover. 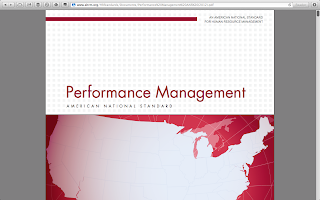 Lee Webster then joined SHRM and became the leader of getting the standards efforts going in the United States via ANSI, and internationally via ISO. Why two different approaches – domestic and international? That is because there may be US standards that work for us, but not on a global playing field (For instance Health and Welfare). As a result, there are lots of Standards work going on via the domestic committees and via the ISO TC260 HR Committee.
There are several standards in the works – and several are published for Free on the SHRM website in standards section. I would encourage you to take a look at the Performance Management Standard – as it is in depth, and very well done.
What about Recruiting and Workforce Planning?
The ANSI and SHRM groups have tackled cost per hire as a standard, and it actually was the first standard completed. But now the exciting news! The United States SHRM Technical Advisory Group has recommended to the ISO committee that work begin on two new Standards – Recruiting and Strategic Workforce Planning. The vote globally is scheduled to be completed on September 14th and will be confirmed at the next ISO meeting in Rotterdam, Holland on September 28th.
Want to get involved and help the world recruit better?
If you personally bring a host of experience, or represent an organization that be interested, or if you just have some great resources (e.g. Process Maps, etc.) – then please contact me at Franz.Gilbert@Gmail.com. Why? Because if the New Work Item Proposals get passed, there will be the need to start gathering resources and experts from around the globe.